The Recent History of Psychedelics

In current times, as psychedelics take a more prevalent place in mainstream media, there is a newfound interest arising from public audiences around psychedelics’ benefits and risks. This great awakening is what some have named the Psychedelic Reinassance. We must not forget that this is indeed a “renaissance”, literally meaning rebirth. Psychedelic substances have coexisted beside humans dating as far back as we have human evidence, and even as some theories hold before we were humans.

The Recent History of Psychedelics

In current times, as psychedelics take a more prevalent place in mainstream media, there is a newfound interest arising from public audiences around psychedelics’ benefits and risks. This great awakening is what some have named the Psychedelic Reinassance.

We must not forget that this is indeed a “reinassance”, literally meaning re-birth. Psychedelic substances have coexisted beside humans dating as far back as we have human evidence, and even as some theories hold, before we were humans. While offering a complete narration of the story is outside the scope of this article, we will highlight some of the main stages of psychedelic history that contributed to today's situation, with a focus on the Western world and, more specifically, North America.

For a full story approach to the recent history of psychedelics, I can personally recommend several excellent books, especially the “Historia General de las Drogas” chapter written by the late Antonio Escohotado.

The recent history of Psychedelics in the Western world can be traced to the end of the first half of the 1900s. While Mescaline had been identified since the beginning of the century, most will agree that the most significant milestone in the re-discovery of these substances by Western society was the synthesis of the LSD molecule by Albert Hoffmann in 1938, with his later accidental consumption of it on the famous Bicycle day in 1943. With this Hoffmann not only discovered this miraculous molecule but also became a lifelong researcher on the topic, making further developments in the field such as the later isolation of Psilocybin.

Around the same time, it’s important to highlight the work of the man who is referred to as the father of ethnobotany, Richard Evan Schultes. During Shultes’ travels in the Amazon, he was introduced to Ayahuasca and also studied deeply the Native American use of Peyote, later sharing these discoveries with the scientific community in America.

Slowly, first academically and pharmacologically, these substances raised interest in what seemed to be their capacity to produce a transitory state of Schizophrenia (i.e. psychomimetic) in patients. Research developed quickly in the 1950s; one could find projects as diverse as the MKUltra project from the CIA to the studies of Humphry Osmond in Canada who coined the term ‘Psychedelic’, meaning soul or mind-manifesting.

Osmond was a correspondent and friend of the already well-established Aldous Huxley. It was Osmond who provided Huxley with his first Mescaline trip, which would be recounted through his later book “The Doors of Perception”.

Another highly relevant “discovery” at this time was one made by Gordon and Valentina Wasson, who visited the curandera (meaning medicine woman) María Sabina and were introduced to the Psilocybin Mushroom. Wasson later brought some Mushrooms back to the US and sent them to Hoffmann, who identified and isolated the Psilocybin molecule.

All of these discoveries paved the way for the popular expansion of psychedelic use outside of academia and into the 1960s counterculture.

The Harvard Psilocybin Project and the 60s counterculture

Through the end of the 50s, psychedelic research was sprouting for the Western eye, testing these novel substances in different scenarios. Among other institutions, Harvard started its own Psilocybin Project, led by the researchers and psychologists Timothy Leary and Richard Alpert (later Ram Dass). Their project quickly took a spiritual approach as shown in the “Good Friday Experiment” of Walter Pahnke, expanding outside of the academic research environment into a wider and growing community. This eventually led to the official dismissal of Alpert and later the resignation of Leary, both of them taking an active part in the growing counterculture and anti-Vietnam movement. Based in the Millbrook state, they campaigned and became part of the youth movement, popularizing LSD and, together with Marihuana, making LSD one of the characteristics of this movement.

The strong relationship between psychedelics and counterculture made it a clear target for political reaction, and when the “War on Drugs” from Nixon started most of these substances were quickly illegalized. Thus, funding for psychedelic research came to a sudden halt.

The illegalization and underground movement

From the 1970s onward, research and use of these substances were restricted to the underground, always under the risk of imprisonment under draconian terms. Some psychologists continued offering therapy underground such as Leo Zeff, while others tried to find substitutes to induce altered states of consciousness in therapeutic settings. Stanislav and Christina Grof found a substitute without the ingestion of substances by developing Holotropic Breathwork, while others like chemist Alexander Theodore “Sasha” Shulgin and Chilean psychologist Claudio Naranjo experimented with new and still not illegal substances.

During these times, the Western world saw a surge of new chemical creations. For example, there was a resurgence of MDMA, MDA, and its derivatives, as well as the discovery of the novel molecule 2-CB.

As the 80s were coming to an end, there was a small resurgence of the discussion around psychedelic substances and legalization. One key actor in this was the creation of MAPS and the activism of its founder, Rick Doblin, who aimed to legalize MDMA for medical therapeutic use. Around the same time, Rick Strassman gained approval to begin trials with DMT, the first public funded studied in 20 years in the USA.

Two other key players during this time were the McKenna brothers – Terence and Dennis – who were active in bringing the wider ‘shamanism’ concept to Western audiences as an alternative approach to the more East-bounded New Age movement.

Europe was similarly impacted by the work of thinkers and researchers like Hoffman, Grof, Escohotando, and others. Also of great importance was the activity of Amanda Fielding and the creation of the Beckley Foundation in the UK.

The psychedelic renaissance - Back to the trials!

At the beginning of the 21st century, psychedelics slowly but steadily made their way back into research trials, after 30 years of hiatus. With the creation of the Johns Hopkins Psychedelic Research – championed by old acquaintances and researchers Roland R. Griffiths and William Richards – and the continued efforts of foundations like MAPS, therapeutic interest grew within academia and society at large. Year after year, more papers were published, more research conducted, and more calls to reschedule and rethink the potential of these substances.

Mainstream media and society picked up on this, sometimes in an exaggerated way, offering conclusions on these results and developments that have yet to be made. As psychedelics become something of a trend, it is important to be mindful and respectful of the substances and their history. This includes learning from the original populations who used them, creating a suitable way of integrating them into our current society and needs.

The Psychedelic Renaissance is upon us. It is our responsibility to learn from history and work together with Academia, Native people and Original Users, social organizations, the underground community, government, and NGOs to rethink these medicines and integrate them into mainstream society in a conscious and sustainable way. 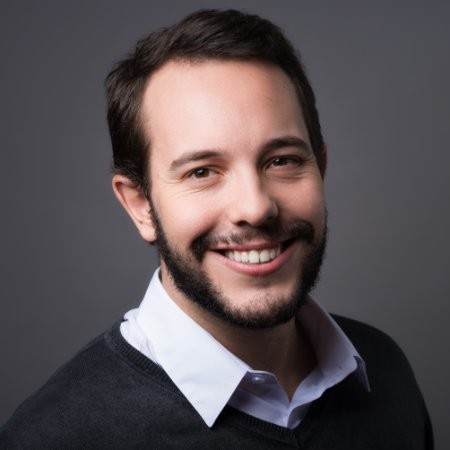 Co-Founder
No items found.
Read more
You might also be interested in these
Story
My First Time Ayahuasca - How it truly went

No items found.
My first Ayahuasca ceremony took place one year ago in Costa Rica. I was thinking about it for a long time, but haven't been actively looking for a place to do it. I was waiting for the plant to come to me. And eventually, it did, when I met a friend on the road buying pipas for her pre-ayahuasca diet. I directly signed up! If not now then when?
Read more

Story
The Integration Starts Before The Psychedelic Journey

No items found.
The practice of integration is essential for fully processing and implementing the lessons of a psychedelic journey into a balanced lifestyle. Integration is often linked to the days, and weeks after the psychedelic experience when the participant digests the happenings, insights, and epiphanies of the ceremony and pan it for gold, looking for lessons and practical ways of improving their lives with it. What happens, however, if we start the integration before the psychedelic experience, during the phase of preparation?
Read more

Opinion
Integrating a Bad Trip is Preparing for Life

No items found.
A psychedelic bad trip can happen even to the most experienced and well-prepared psychonaut. Knowing how to deal with a bad trip peacefully and how to integrate the lessons into ordinary life is key to giving meaning to the trip and learning from it. In everyday life, we encounter situations that challenge us as a psychedelic trip does, and learning how to integrate a bad trip and improve from it will also prepare us to grow from the challenges of life.
Read more