Integrating The Ego-Death // The Most Powerful Tool of Empathy

The ‘mystical experience’ is a term that is broadly used by the scientific community worldwide to describe the journey-like experience that can be triggered by the consumption of psychedelic substances. This experience is often characterized by a drastic change in the perception of the self; sometimes this effect may even be referred to as “ego death” or ego dissolution. In this article, Alexandre Perrella is defining the concept of Ego-Death, how to integrate it and apply it to our life.

The ‘mystical experience’ is a term that is broadly used by the scientific community worldwide to describe the journey-like experience that can be triggered by the consumption of psychedelic substances. This experience is often characterized by a drastic change in the perception of the self; sometimes this effect may even be referred to as “ego death” or ego dissolution.

Excerpt about the ego death experience from an LSD experience report called “This is Fine” published on Erowid.org:

“…Then, with my eyes closed on the floor, I began my descent into my first true ego death. The light of my life began to fade away and was replaced by the singularity of a black hole. A fourth-dimensional geometric mass moving in tandem with the rhythm of the phrase “this is fine.” I did not know the meaning, I just understood the vibrations of what was being shown to me. It looked like a truly unrecognizable shape. Something that no human could ever hope to comprehend. It moved in ways I could never describe with words, and then suddenly it vanished. After it left I was alone. I was nothing and everything at the same time.”

The experience that people call ego death is often followed by the Oceanic Feeling — the feeling that we are part of everything and everything is a part of us — which is more related to interconnectedness and communion than to self-extinction. Based on my own experiences, I would say that the part of the self that disappears during the ego death is not the self, but the separation between ourselves and the world.

In a study made at the Imperial School of London, the use of psychedelic substances has been shown as a link between ego dissolution and the psychedelic experience. With the right preparation and proper set, setting, and guidance, even the inexperienced psychonaut may be able to navigate the psychedelic landscape and potentially induce an ego-dissolution experience. In fact, there are coaches end even entire companies dedicated to conducting psychedelic retreats and assisting the participant to achieve this stage of the mystical experience with the responsible use of legal entheogens.

Once the psychonaut has had a glimpse of this state of union with the universe, the real question becomes obvious:

— How can I apply the ego-death to my life?

I mean, why would anyone want to go through a death experience? Well, scientists think that psychedelics offer a relatively safe journey-like way for people to face their anxiety related to death. Furthermore, going back thousands of years, historians now know that in Greece existed the rites of the Eleusinian Mysteries, an ancient ritual based on a brew that some historians and chemists now suspect to have contained psychoactive alkaloids derived from the ergot fungus theoretically capable of generating similar effects to LSD. The Eleusinian Mysteries rites were based around generating a death-like mystical experience to help their initiates to witness the state of ego-dissolution followed by the universal communion that often follows this experience. After this journey, the initiates of the Eleusinian rites were said to be better equipped to face death in a positive way.

In the words of reputable historian Will Durant in his book “The Complete Story of Civilization” about the Eleusinian Mysteries:

“In this ecstasy of revelation…they felt the unity of God, and the oneness of God and the soul; they were lifted out of the delusion of individuality and knew the peace of absorption into deity” — Durant, 1989

In addition, folklore expert Waverly Fitzgerald reinforces the idea that the initiates in the mysteries had a changed perspective on life and death after the rites:

“It was said of those who were initiated at Eleusis that they no longer feared death and it seems that this myth confirms the cyclical view of life central to pagan spirituality: that death is part of the cycle of life and is always followed by rebirth” — Fitzgerald, 2020

One of the reasons why going through an ego death experience induced by a psychedelic experience may be beneficial is that it may prepare the participant to understand and deal with their mortality with hope and curiosity in place of fear and anxiety. Just altering your consciousness and having this experience is not enough to achieve this goal. After the effects of the entheogen pass, the journey continues during the stage of integration.

Integration is the most critical stage of the psychedelic experience, and one could argue that it is a continuous process that extends until the end of our lives. To integrate means to become whole, I like to think of it as if with every psychedelic experience I become gradually more aware of the pieces of myself that I had never noticed before, and during the integration process I have the opportunity to incorporate these newly discovered pieces of myself in a permanent way.

Let’s think about the Oceanic Feeling that we talked about before, note that this feeling is not very different than ego dissolution. It is impossible to identify the self if you can’t identify the other. By letting go of the confinements of the boundaries of the skin and expanding our self-identity in a way that includes even other people, the participant may come to the insightful conclusion that — “We are all the same person!”.

Bring this knowledge with you in the back of your mind in normal life and pay close attention to how your posture towards others changes when you see them as an extension of yourself. When you realize that other people carry with them the same fears, insecurities, and shortcomings that you yourself carry, then you will have in your hands the most powerful empathy tool in the world.

Very few people can reach this level of integration without proper guidance and the presence of a supportive community. If you would like to talk with experienced coaches to help with your psychedelics integration, check our integration coaches, reach out, schedule a conversation, and join our community. 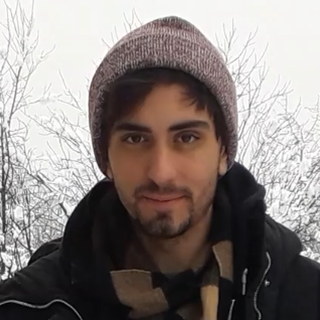 No items found.
Read more
You might also be interested in these
Opinion
Integrating a Bad Trip is Preparing for Life

No items found.
A psychedelic bad trip can happen even to the most experienced and well-prepared psychonaut. Knowing how to deal with a bad trip peacefully and how to integrate the lessons into ordinary life is key to giving meaning to the trip and learning from it. In everyday life, we encounter situations that challenge us as a psychedelic trip does, and learning how to integrate a bad trip and improve from it will also prepare us to grow from the challenges of life.
Read more

Story
Is it a download, or am I projecting? - How to integrate psychedelic experiences

You’ve just been through one of the most transformative experiences of your life, journeying through a roiling mass of emotions, thoughts, visions, ‘downloads’, memories, and amplified residues of recent activities, and it’s hard to put them into words. Salman Rushdie writes in his magical masterpiece, The Ground Beneath Her Feet that ‘five mysteries hold the keys to the unseen: the act of love, the birth of a baby, the contemplation of great art, being in the presence of death or disaster, and hearing the human voice lifted in song. These are the occasions when the bolts of the universe fly open and we are given a glimpse of what is hidden: an eff of the ineffable.’ I would add that there is at least one more key that can unlock the doors to divine intimations and profound transformations: freeing up the human body in a visceral, life-affirming, effortless dance while tuning into the eternal, creative life force (Axe) – with the help of psychedelics. However, that key to the unseen is not always a gentle fit. It can be a Trojan horse.
Read more

No items found.
Andrés Rose has been invited to be a guest speaker at the podcast From Depression to Expression ran by Oliver Schirach. During this one and half hour long interview, they discuss about his experience with his coming to senses on his own life purpose and goals. He describes his journey with different plant medicines and the need for support after each ceremony, to help integrate the insights revealed by the psychedelics. His own struggle to find proper help marks the inception of Psychedelics Integration.
Read more